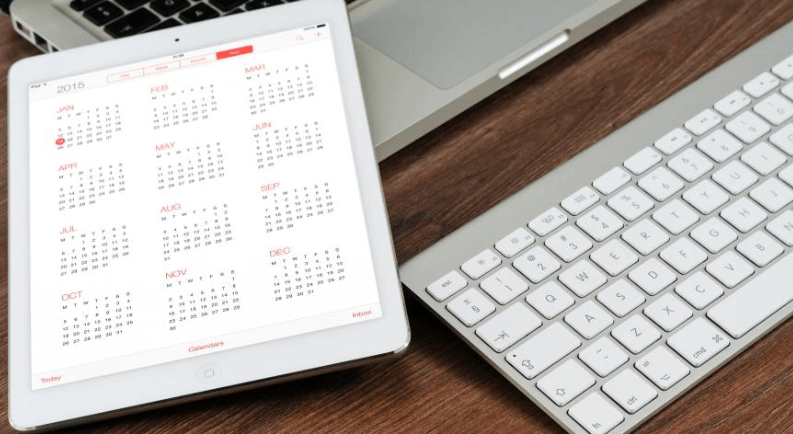 A weird thing is happening to me this week. I keep getting caught up. My email inbox is completely empty, my to-do lists are crossed off, my errands are even getting done. It’s like I’ve entered some kind of weird Twilight Zone where efficiency intersects with the natural late-summer slowness that takes over every year when everyone is on vacation and no one wants to have meetings.

It actually started last week. I had an all-day meeting Wednesday, followed by taking Thursday off to spend with my daughter at King’s Island (If you ever want to be reminded how old you really are, go to a theme park for a day. The resulting aches and pains will help you understand exactly how much less resilient you are at 37 than at 7. Catherine was fine. I felt like I’d been beaten with a baseball bat.) I had a stack of things waiting at work that needed done, but I just couldn’t get myself motivated to knock all of them out on Friday. (Probably because I had a mild concussion from multiple rides on The Beast.) So Sunday, I pulled out my laptop, wrote a few documents, responded to a handful of emails that had been lingering, and put together a detailed to-do list for Monday, so I could come in to the office and attack the day.

Monday morning, I woke up and looked at my calendar. I had literally no meetings scheduled – nothing but an open day to work on my tasks in the office. I knew the day could go one of two ways – I could piddle around, reading stuff online and putting off actual work all day, and go home feeling frustrated and stagnated at 4:30, or I could charge into the office, knock out my to-do list, clear my in-box, and feel like I’d accomplished something. Thankfully, I chose the second path. By 2 p.m., I was at inbox zero, my desk was cleaned off, and I’d even tackled an HR issue I’d been putting off for weeks. At 2:20, I looked around, realized I’d done all the good I could that day, and headed home to weed my flowerbeds, a chore that I’d been putting off doing since….March.

But then something else happened. I was able to maintain inbox zero. Monday evening, after the landscaping work was done and dinner was in the books, I logged back in, saw I had a dozen or so emails, and cleared them out – sending responses where needed and delegating or deleting the rest. Tuesday morning I came into the office committed to maintaining my pristine inbox. And it worked. I walked out of the office yesterday with no emails waiting, plus I’d run a couple of those pain-in-the-ass errands that you put off for weeks until you get too embarrassed to actually do them – closing old bank accounts, depositing a four-month-old cashier’s check, etc. When I got to work Wednesday, I looked at my calendar, realized I had another day empty of commitments, but also nothing left on my to-do list. It was a solid moment of cognitive dissonance as I wondered what I was supposed to do with my day. Eight hours of open space stretched in front of me.

There is a zen to all this, but also an underlying terror that has to be addressed for a workaholic like me. The goal has always been inbox zero, and being caught up on my tasks. That’s what capable humans do, or at least that’s what I’ve always believed capable humans do. But I’ve never gotten there. This is not a state I’ve existed in before, nor is it one that is particularly comfortable for me. I was raised in a house where leisure time was not prized. If you weren’t doing homework or housework or farmwork, well, you were probably asleep. The few times I can remember just sitting and doing nothing as a child was when it was too hot to work outside and all the housework inside was done. I still get twitchy thinking about the laundry or the dishes if I’m taking the time to read a book or watch a movie – there’s a strong feeling that our value as humans only comes from our work output, a feeling that I think most children of working-class parents share.

But I’ve also come to realize that the next great thing, whatever that is, won’t happen if I’m constantly mired in busywork. If I don’t give myself time to think, and explore new ideas and rest, for crap’s sake, I won’t be able to be the leader Legion needs me to be going forward. For too long, I prized working until I burned out over everything, until I realized that there were only so many rotations I could take on that particular ride before I just quit everything. And the mental weight of lingering emails, long to-do lists and things left undone interferes with me being able to think freely about bigger issues. I need to embrace the open space, the stillness, the lack of pressing tasks, and see what develops. This is time to read, reflect, and power up for the second half of the year.

Because I know it won’t always be like this. School will start, people will want to have meetings with me again, work will pick back up, emails will pile up after vacations or days off. But when I can, I need to capture this time and see what comes of it. It might be nothing, or it might be the best idea ever. But if I don’t give myself breathing room, I’ll never know.

This document has been composed with the online HTML editor. Use the online visual HTML converter will help you a lot while you are working on your articles.