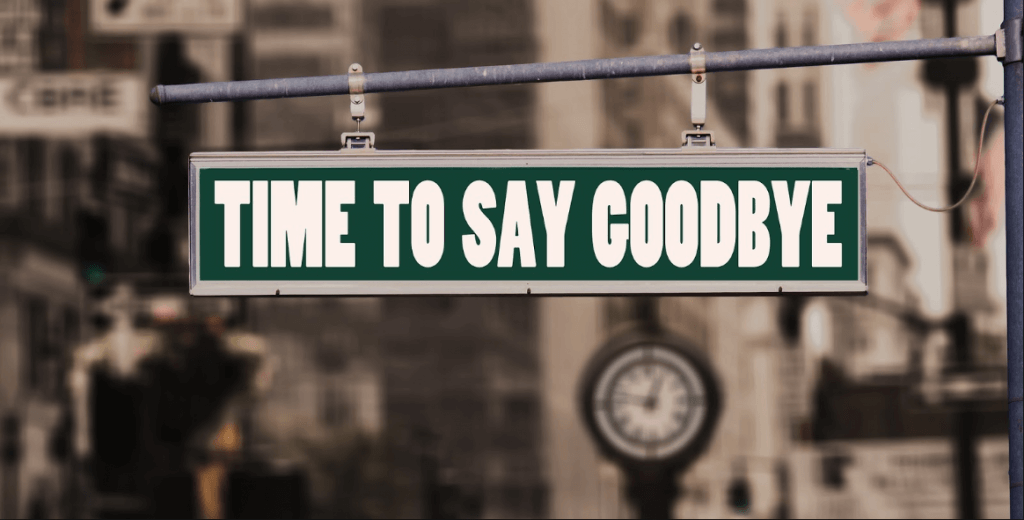 Last week, one of my employees quit. I hate losing people, and I have to say that at Legion, we don’t lose that many to resignations. Maybe once or twice a year, someone comes to us and says they are moving on, for a new opportunity, or to return to school, or because their significant other is moving. It’s rare, and it stinks, but it is part of life in a company that employs humans – they make changes, and you just have to roll with it.

Jake, my employee who quit, hadn’t been with us very long. We brought him on board in our latest round of sales hiring, and I was really excited about his potential to be successful as a Problem Solver. However, he got an opportunity to go back to school and study aviation and have it fully paid for by his GI Bill. Being a pilot was his life-long dream, and I certainly couldn’t begrudge him his excitement, or his decision to pursue what he’d thought was a long-gone chance. (He’d applied to the program that accepted him nearly a year ago, and was told that they weren’t accepting new candidates, so he thought that door was closed. It was simply a matter of several changes to VA policy, and a change at EKU, where he’d be going, that the door suddenly opened again.)

When Jake came to tell us, he was understandably nervous. It’s never easy to tell an employer, especially one that hired you less than a month ago, that you are leaving. But Tony and I were excited for him, once we got over our initial disappointment that he was leaving. (That process takes about thirty seconds, once you’ve heard someone say “I’m realizing a life-long dream.” )We wished him well, and as is customary, sent an email out to the company, letting them know Jake was leaving us and why, and expressing our excitement on his behalf.

About five minutes after I sent my farewell email, I got a response from one of other Problem Solvers, Nick. He told me how cool it was that Tony and I were sending Jake off with congratulations instead of being upset, and then told me a story about another place he’d worked:

‘One of my top reps when I worked at a cell phone dealer had an opportunity to be a camera man at the Super Bowl (his life long dreams were to be in film production). He only needed two weeks off. My regional sales director fired him immediately when he requested the time off and made him ineligible for rehire because, “He didn’t appreciate the opportunity with us enough.”’

Stories like that make me sad, but they don’t surprise me. MANY business owners and managers make those same kinds of decisions on a regular basis. It’s heartbreaking, but not unusual, to hear about someone being summarily fired because they express an interest in a different career field, or they request to take some extended, unpaid time off to take advantage of a life-changing opportunity, even if they want to come back to work when it’s done. I view situations like this an the perfect time to build loyalty, and a raving fan base, if you handle it properly. If you fire someone, or accept someone’s resignation angrily because they’re moving on to something they view as better, you miss out on multiple opportunities:

The bottom line is that people are going to do what they want to do. Jake was going to leave to go to aviation school, and Nick’s colleague was going to be a cameraman at the Super Bowl. I could send Jake off with positive feelings about Legion, or I could have thrown a fit and made his exit ugly and unpleasant for everyone. I would have gained nothing. And Nick’s manager might have had to deal with two weeks of inconvenience covering for an employee who was out, but he would have avoided not only looking like a jerk, and making his employees believe he was a jerk, but also the work of hiring and training a replacement. There was no upside, except for a momentary power trip, and lots of downside.

So, I’d encourage you – when someone in your organization comes to you and is ready to explore something important to them, whether as a permanent change or a temporary shift, make it pleasant. If they are exiting, celebrate them moving on to something great and exciting. If they are staying and just need some time, do what you can to accommodate them (within reason – we all have institutional constraints, but we can often work through them), and to make sure they understand their place will remain when they get done. It’s a win for them, and a win for everyone in the company.