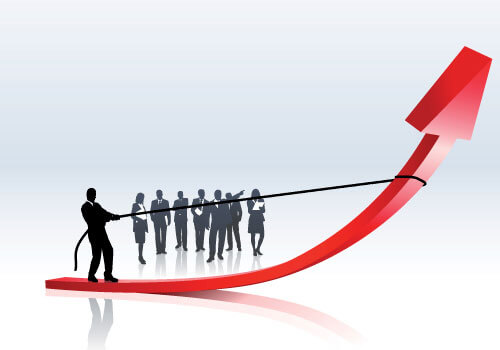 There are a lot of awards in the world that focus on top-line revenue. Pretty much every single award Legion has ever won for growth looks solely at top-line sales numbers. And that’s great – the numbers are usually pretty big, and it feels good to say I run a $26 million company, or that we grew 500% in one year. But at the end of the day, sales are utterly meaningless if your company isn’t also making bottom-line profits.

To that end, in 2017 we’ve chosen to focus on growing our net profit numbers, instead of just gross revenue. I like to call this the “No one cares if you make $30 million in sales if you can’t pay your bills” strategy. And for a company like ours, focusing on saving money and cutting costs is integral to our very existence.

You see, a logistics brokerage works with one goal in mind – we help our customers save time and money on transportation costs. Companies wouldn’t work with Legion very long if what we did was MORE expensive, either in terms of direct cost or personnel cost, than keeping all transportation management in-house. We are relentlessly focused on finding the best, most efficient way to get freight from point A to point B.

Therefore, it doesn’t take a dramatic shift in thinking for us to turn that relentless focus on cost and efficiency inward. Before the start of 2017, we took last year’s income statement and examined it closely for areas where we could do more (or the same) for less. There are certain things in our office that are sacred (free coffee for all employees) but even with line items we couldn’t cut, we figured out ways to pick up efficiencies. Using coffee as an example, we used to have four or five different types of regular coffee available. To cut down on having to buy five types of K-cups, we did a study and found out that pretty much everyone just drinks whatever is in the container closest to the Keurig. Now we only stock two types of K-cups, literally NO ONE has noticed, and our Organizer in Chief can order coffee in larger quantities, less often.

Cost savings can be easy – look around the office, pick out something and ask a few questions. Why do we have this? What does it cost? How do we use it? Would anyone miss it if it were gone? Can we find it somewhere else cheaper? And we’ve found that empowering employees to ask these questions makes everyone think twice about using five paper towels in the kitchen to wash a cup when one would do. It’s the same philosophy most of us employ at home when we are working on a household budget.

But sometimes, cost savings can be more difficult. Payroll is our single largest expense, as it is in most sales organizations. In 2016, we took a really hard look at several departments and realized that in order to be efficient and effective, we had to make cuts, or not replace people who were leaving. It is never easy to say goodbye to employees, especially if they aren’t leaving on their own, but Legion is now running leaner than we ever have, using payroll as a percentage of sales as a marker. It was really hard to go through that process, but when you can make cuts and not suffer service interruptions, you know you made the right decision. Now we analyze any additional hires in-depth, and ask at every step if they are absolutely necessary before making the offer.

As 2017 goes along, we’ll be reporting to our employees if we are hitting our net profit goals or not, and if not, why not. It’s what I call the “A budget is only as good as your ability to stick to it” strategy. This year, we may not win any fast-growth awards, but we’ll have the reward of knowing we’re growing in the most important way – in profitability.